Zusammenfassung
“rocafella” got his nickname back in the 1999 playing Counter-Strike, and stuck with him throughout all the online gaming and Esports activities. He has done many things throughout his life, currently is an entrepreneur and a home staying father. In 2017 he got his FIA Competition License (Race National) and is working towards getting his Race International License.

In 2015, he started SIMMSA, along with ISR (Impact SimRacing) which was the initial name for the virtual racing team before it became SIMMSA Esports.

When he moved back in 2016 to the Middle East with his family, he started researching possibilities for a SimRacing platform to help grow and promote SimRacing and Motorsports in the MENA region. Shortly after he met Jamal Ghandour (SRME), with both having the same goals for the region, they joined forces as SIMMSA to grow and promote SimRacing. Their positive engagements, hard work and promoting SimRacing led to SIMMSA being contracted for the McLaren Shadow Project 2018 and 2019 in MENA (Middle East & North Africa). SIMMSA also provides consulting services to organizing SimRacing events & venues, building racing simulators, multiple other projects like managing SimRacing teams and drivers.

In 2019 SIMMSA Esports was formed absorbing Simplex Racing and other additional drivers joining our team, to effectively and competitively race in the various SimRacing titles and also having the possibility as a team to expand into other Esports genres.

Peter describes himself as a clean and consistent race driver. He is fluent in English, German, Armenian and Farsi. 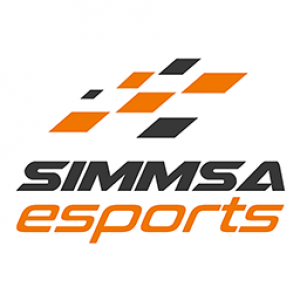